Divide and Rule in 2021; Why Mankind IS BADLY DIVIDED with all its might!

The concept of "divide and rule" is nothing new! I am writing this post today because it pains me to see friends, family, neighbors who have known and loved each other for many years being separated in this crazy time.

I have never experienced this in my life

I am now 51 years old. I have never had to experience people threatening to separate because of trivial differences of opinion. 2020/2021 are the years brought this situation to the extreme. It makes me sad!

WHAT IS HAPPENING HERE RIGHT NOW? YOU SEE IT TOO!

An inhuman plan that will not/must not succeed!

Imagine if there were a small group of people in this world who believed they had to "lead" or "control" people in order to maintain their power.

We must keep in mind that this group is small.

The group is VERY SMALL, maybe 0.1% of the total human race. You know who I refer to.

They rule by controlling the media, politics, education, health care, and the financial system.

It is not a coincidence! It has a built-in system that we are no longer supposed to meet with friends and family.

What do they fear most?

THEY FEAR THAT WE STAND TOGETHER!

What would be their plan to be able to manipulate us?

The plan, or rather the system, has a name. It is called "Divide and Rule".

They know very well who has the power.

IT IS THE PEOPLE UNITED!

So divide and rule has the goal to divide us, so that we see more and more even our closest as our enemies. Only in this way can a united humanity be manipulated and controlled.

Our world has never been so full of such manipulations/separations as today!

I am almost certain that one of the following divisions/manipulations could divide you from every person you have ever known and loved in your life.

Check out this parts of "divide and rule"

The "normal" against the "conspiracy theorists"

Catholics vs. Muslims vs. Buddhists vs. ...

Chinese against Americans against Russians

Where does DIVIDE AND RULE come from?

It may be because of our Latin lessons, where we first heard about "divide et impera". In any case, many of us think of the ancient Romans when they talk about "divide and rule". Yet the origin of this phrase is not clear and could just as well be attributed to Machiavelli.

If you want to learn more about the principle, I recommend this great blog post.

WE SHOULD NOT LET THEM DIVIDE US!

Divide and rule only works if we join in.

Let me tell you a little story!

It is my story as a white man in Kenya for 10 years.

I don't live in the capital Nairobi, nor on the coast in Mombasa. I live in a small town in the highlands of Kenya where very few whites live today. There are a couple of white missionaries, some white doctors in exchange programs mostly from the USA, and a handful of young German farmers who offer their experience in modern agriculture here, because they earn more with their knowledge here today than in Germany as young farmers servants.

By the way, it was not always like that!

At that time, there were quarters in this city called Eldoret where only whites were allowed.

The whites arrived here in 1903 and with their knowledge of agriculture they began to cultivate corn and wheat. They bought large plots of land for little money and used them with the help of the still poorly educated population.

I think it was around 1960 where during the time of "Independence Day 1963" the whites were encouraged to leave and give their land back.

Today, there is a kind of love-hate relationship with the white man in relation to this time. On one hand, he has brought a lot of know-how and hence growing prosperity, but unfortunately there was also unpleasant "slavery" and oppression during this time.

I love living here, I feel very much at home!

Almost all my friends here are black. I am very grateful that I have been very kindly received here. Nevertheless, there are wounds that sometimes open up with men of the older generation. It is with these men who can still remember the stories of their mothers and fathers. Some stories are positive others are very unpleasant to cruel.

We sit together in the bar called "White Highlands"

This bar was at that time, as the name says, only white people allowed. Today I am usually the only white person there. In the vast majority of cases I am VERY welcome and integrated. In long conversations with sometimes 5 or 6 men united at one table, I have learned a lot about them and they about me.

It is precisely this communication that builds bridges.

I experience their pain and suffering and on the other hand I can share my opinion. They understand that I personally grew up in a family where we never judged or condemned race, color, religion, opinion, and so on.

That's probably why I'm so free in my dealings with all people today.

Today I know that I will never lack a friend to talk to. When I go there, it never takes five minutes before I'm sitting at a table united with some great people. We appreciate and accept each other, even if we know where we might think a little differently.

It is not a problem, on the contrary, it is a healing experience for all!

And another story on the subject "Black WITH White"

Besides many casual acquaintances, people I met one, two or three times, I also made three really good friends. This story speaks of one of them!

My Kenyan friend was born the son of a doctor in Eldoret and grew up in an upper-class environment. He attended the best schools here and was able to go to America early after his studies as an IT expert. He is very talented and almost immediately got a great job at AT&T. He was soon selected by his white boss for difficult jobs and sent around the country.

Judged as a black man in America

He spoke about experiences with the police, where his skin color or origin led to big problems. As a Swiss, I did not know where these divisions come from and how deep they are. I learned a lot from him, simply through an open conversation.

We are so different and yet so alike in many ways

As I read through the list above, there are certainly EIGHT separations of other opinions. We can debate them freely and sometimes a little provocatively.

We allow each other to have a different opinion. Understanding often arises from the remarks of both of us, but not agreement.

Agreement is not necessary, understanding is enough!

I have no other friend with whom our inequality has created so much closeness. It is a sign of adult action when two people can duel like this.

Often the other folks at the table are surprised that we duel so much and yet seem so close and connected. It is extraordinary!

Then when we say goodbye at the end of the evening, we hug and he tells me in a very American manner and very affectionately, "My Friend, you are a bad ass mother fucker" and I reply "Nice to have you in my life".

What I wish for all people!

If sometimes we are not allowed to meet during this time because the government has mandated it, STILL DO IT!

And if this does not work, call a friend, ask how it goes. If you then feel triggered at one of the SEPARATIONS, talk about it. Don't try to convince the other person, just share your opinion and let it stand.

Agreement is not necessary, understanding is enough!

Friends and family are too valuable for an outside group or the news to drive a wedge through you.

I'm not going along with divide and rule!

I look forward to your feedback on this post!

Be kind to each other and understanding.

PS: If this is your first time at QUILD.net, I recommend you check out our Immune Booster and EMF Protection product. 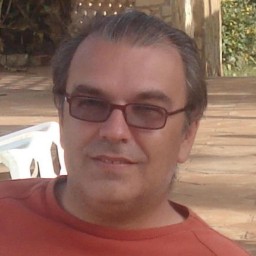 My passion for being an entrepreneur started early shortly after completing my studies as an architect in Switzerland. I was attracted by the new technology around the still new internet. Being self employed since age 21 shows, that I love to make my own decisions and if necessary, also carry my own cross. ?

In the last 30 years, I was involved in several internet and non-internet startups, usually as funder and CEO, pushing something new to success. The reason? I like getting people excited about the things I’m excited about. Right now, that’s Quild.net, where we promote Pocket Quantum Fields to improve your health status.

Welcome to the fascinating World of QUILD's, Your Pocket Quantum Field.

You want to know what Quild's can do for you? Watch the Video introduction now!

4 Years no doctor visit for my kids

When I moved in with my second wife, our kids always caught flues and stuff and their mum rushed them to the doctor. They always came home with a bunch of drugs. Pills, syrups, you name it. Antibiotics for every little flue, i didn't like that. Peter gave me the earlier version of the immunity booster and our situation changed. We still sometimes got early since of flues, but they neve escalated. No doctor and no antibiotics for 4 years, I'm very happy and recommend the immunity booster to everyone.

Mr. Peter Baumann was recommended to me by friends. When he had just released new Immune Booster Quild, he pointed this out to me. One evening I loaded the program onto my computer and the following morning onto a stick.
That morning I felt discouraged, tired and desperate because of the chronic illness I was diagnosed with a few months ago. I put the stick in my pocket.

I could hardly believe what happened next: At that moment it was like pressing a light switch! What had moved and burdened me before was gone. My body felt strong, my vision was clear and I looked confidently and full of trust at the new day and into the future. And these feelings and sensations continued!

8/10 Pollen allergy victims get great results with this hayfever trick!

8/10 Pollen allergy victims get great results with this hayfever trick!

A Natural Way to Boost Your Immune System – The NEW and Nr. 1 SAFE Way!

A Natural Way to Boost Your Immune System – The NEW and Nr. 1 SAFE Way!

A safe alternative to COVID-19 vaccination without unwanted risks

A safe alternative to COVID-19 vaccination without unwanted risks

Please log in again. The login page will open in a new tab. After logging in you can close it and return to this page.